Jump to the receptionPrint recipe

Shrimp Carpaccio is a very simple recipe to make and makes a lot of patxoca on a Christmas table or any other celebration. The one in the photo is decorated with persimmon but could be made with pomegranate, or some other colorful fruit (depending on the season).

Carpaccio is a culinary technique for preparing food that consists of cutting them into thinner slices and serving them raw with a dressing. It is usually made with meat, fish or fruit. (Source: Wikipedia) 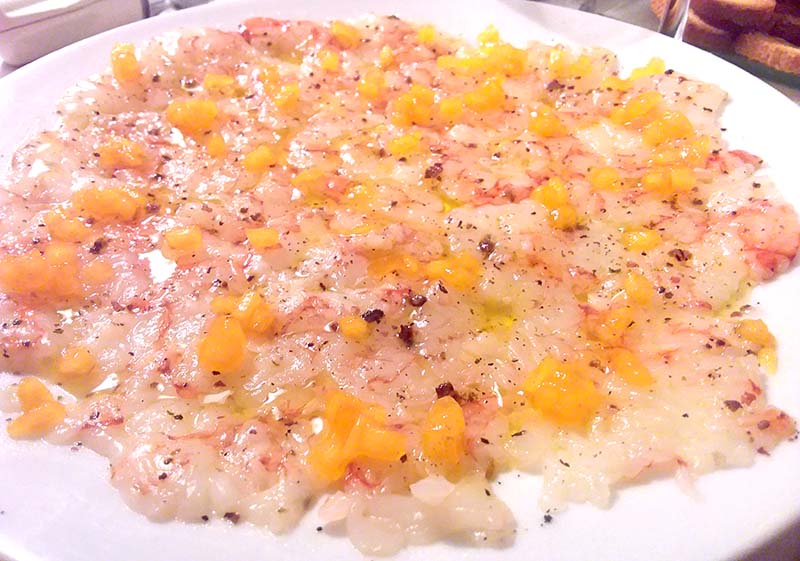 Montse has always been a cook, although she is professionally engaged in teaching and research in the field of Marketing and Digital Business. If you want to know more about her, please visit her website Montse Peñarroya.